Not your usual Librarian

Harry Summerton joined Mayo Wynne Baxter (or Mayo & Perkins as it was then) on 1st April 2000 as our Librarian. In over 20 years in this role, he has been the guardian of the many law books we have accumulated over the years. He keeps a diligent record of all the legal tomes we order in his ‘Library Log’ and ensures that these do not go missing.

When he joined the firm, he served our four offices in Hailsham, Tunbridge Wells, Brighton, and Eastbourne and each had a fair size library with books requiring physical updates to be inserted each time the law changed. It was important that these updates were done promptly as the solicitors used these books for reference when providing advice to clients. The Librarian was key to keeping the legal teams updated and so Harry travelled a lot between the offices.

Now many of the volumes he maintains are in a digital format and updates are made online without the need for so much travel to our now seven offices across Sussex. This means that Harry can now do his work in about four hours a week and on the days that he works he can be found sat at his desk by 8.15 am sharp and raring to go.

Over 20 years as our Librarian could be viewed as a ‘good innings’ but Harry is ‘not out’ yet, despite turning 90 this year. “My birthday is on the 29th September, same day as Lord Nelson`s, not the same year though!”. As a youthful nonagenarian, Harry continues to look after our legal books and professional subscriptions making him possibly the oldest working person in the legal profession today.

During his time with us, Harry has seen a number of mergers and a growth in the number of offices and staff to over 200 colleagues. When he joined, he was keen for the firm to complete an IT review and he has seen how the firm has adopted new technology to improve efficiencies and client service. When asking him about the changes he said “The profile of the staff seems to have changed or is it me!  They seem a lot younger now! However, it`s still a terrific firm!”

Before joining MWB Harry had already had a colourful career. He joined the Royal Navy as a Boy Seaman in 1945 and his time at sea included being in the Submarine Service. In 1961 he joined the fledgeling UK computer industry and the recently created British Computer Society (1957) who have since become the professional body for computing and who recently made him a Life Member - although he freely admits that “the technology has long past me by”. He worked for several top US computer companies here in the UK and spent four years in Canada selling this ‘new’ technology to the commercial market who were initially reluctant to adopt it. By the end of this chapter of his career, he was responsible for 126 computer installations around the world for a major oil company. Despite having had such a successful career, retirement could not keep Harry at home, and we are lucky to have had him at MWB  for the last 20 years.

To celebrate this landmark birthday he has planned a special weekend at The Grand in Eastbourne with his wife, and they will be joined by their son and his wife who live in Berkshire as well as their daughter and her husband who are travelling down from Biggin Hill.

Happy birthday Harry, I and many others at MWB will be raising a glass to you to toast you on your special day! 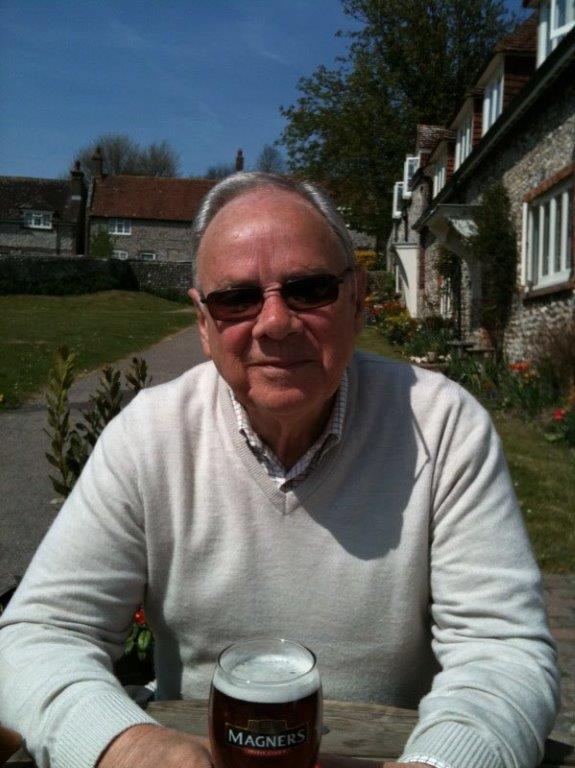