In response to the Covid-19 Pandemic, the Association of British Insurers (the ABI) has pledged that its members will “consider all valid travel insurance claims quickly and fairly for costs not recoverable from elsewhere arising from cancellation, travel curtailment or disruption so that customers receive a fair outcome”.

In many respects, this makes good practical sense. Consumers whose package holidays have been cancelled by their tour operators have the benefit of potent statutory remedies including a right to reimbursement under the Package Travel etc Regulations 1992 and their successor, the Package Travel and Linked Travel Arrangements Regulations It will, or at least should, in many instances, be quicker and more straightforward for the consumer to reclaim the cost from the supplier than to claim under a travel insurance policy.

However, not all holiday suppliers were created equal, and the news is already replete with instances of companies refusing, or at least failing, to provide refunds, perhaps through fear of insolvency or simply by virtue of having been overwhelmed by the rapid escalation of the global health crisis and its impact on the travel industry.

It is trite law that a party who has acted in breach of contract cannot require the innocent party to claim on an insurance policy before exercising their legal rights under the contract. The insurance is disregarded as ‘res inter alios acta’ (a thing done between others): Parry v Cleaver (1970) AC 1.

But are insurers, and in particular travel insurers, entitled to adopt the equivalent approach, but in reverse, so as to treat the insurance contract as a subsidiary ‘safety net’ which can be called upon only where other remedies are exhausted?

For the avoidance of doubt, we are not here concerned with the situation where the insurer has accepted a claim and paid the loss. At that point, the insurer invariably (either under the terms of the policy or by operation of law) acquires subrogation rights, which entitle it, amongst other matters, to step into the insured’s shoes and bring a claim against any third parties, in the insured’s own name, to recover the loss. Instead, the question with which this article is concerned is whether the insurer can refuse to pay a claim at all by, in effect, requiring the insured to claim first against a third party as a condition precedent under the policy?

The position at common law is reasonably clear. The principle of Indemnification Aliunde provides that if, prior to payment by the insurer, the loss is extinguished by the insured recovering it from elsewhere (for example by means of a claim against a third party), the insurer’s liability is also extinguished, since there is no longer any loss left to indemnify.

However, it is the flip-side of this principle which is of particular interest in the present context: the insurer is liable to pay a valid claim against it irrespective of any rights which the insured may have against others in respect of the loss and, prior to payment, the insurer has no right to require the insured to reduce the loss by enforcing any such rights: Collingridge v Royal Exchange (1877) 2 QBD 173 and Bovis Lend Lease v Saillard Fuller (2001) 77 Con LR 134, at [120].

Nor does the duty to mitigate loss permit the insured to argue that any valid claim under the policy should be reduced to reflect a failure to act ‘reasonably’ by first pursuing claims against third parties. As is noted in Colinvaux’s Law of Insurance at 11-285:

“In All Leisure Holidays Ltd v Europaische Reiseversicherung AG it was held that the beneficiary of a travel policy providing cover in the event of the cancellation of a cruise was not required to accept an alternative cruise on identical terms but offered by another provider, the court emphasising that the assured had an accrued claim and was not under any duty of mitigation. It would seem, therefore, that the correct rule is that there is no duty to mitigate unless such a duty is laid down by the policy”.

However, the key words here are ‘unless such a duty is laid down by the policy’. It leaves open the question of whether the insurer can include an express term in an insurance policy, characterised as a condition precedent, requiring the insured to exhaust claims against a third party before the obligation to indemnify is triggered.

It is certainly permissible for an insurer to require the insured to commence criminal proceedings against a third party in order to prove the relevant loss to the insurer’s satisfaction. Thus, for example, in London Guarantie v Fearnley (1880) 5 App. Cas. 911, the House of Lords upheld a condition precedent which required an employer, who had taken out a policy to protect against any loss caused by ‘embezzlement’ by an employee, to prosecute the employee to conviction for fraud before paying under the policy.

Is this conceptually distinct? In the example of a consumer whose paid-for holiday has been cancelled and who has therefore received nothing, a claim against a tour operator does not fulfil the purpose of demonstrating that there is any loss. However, it is not difficult to see how a small adjustment to the wording of the policy, so as to provide that only loss of ‘non-refundable’ or ‘irrecoverable’ payments will be indemnified under cancellation or curtailment cover, would achieve a similar outcome to the Fearnley case. In these circumstances, proof of the loss might reasonably require the insured to demonstrate, as a minimum, that the tour operator had refused a refund despite having been asked, thereby making the loss ‘irrecoverable’ within the meaning of the policy.

The Courts have not looked favourably upon terms which, in an open-ended fashion, require the insured simply to exhaust all or any other remedies which may be available. A very recent example is Manchikalapti v Zurich (2019) EWCA Civ 2163 in which the Court of Appeal was concerned with a claim by leaseholders under a structural defects insurance policy. The policy contained an exclusion clause (‘bullet point 11’) in respect of:

“Any claim or contribution to a claim where cover is available under another insurance policy, or where some other form of compensation or damages is available to You”

The Defendant insurer contended, amongst many other arguments, that they had no liability under the policy because the claimants had not brought claims against those responsible for the defects in the building. Applying the contra profarentum rule, the Court held that:

The reference to ‘some other form of compensation or damages’ in bullet point 11 must denote an entitlement which is substantially the same as the right conferred by ‘another insurance policy’, not simply the possible existence of a potential claim in tort against a third party.

The existence of a separate condition precedent which entitled the insurer to exercise a right of subrogation and bring claims against third parties in the insured’s name would be rendered redundant if bullet point 11 was construed broadly since the insurer could always insist upon the insured bringing the claims first before they had any liability under the policy.

The Court of Appeal ultimately concluded that the insurer’s submissions lacked commercial reality, noting that:

“Standing back, there is in my judgment a manifest lack of reality in the submission that bullet point 11 requires the claimant leaseholders to pursue all other claims, of whatever kind, against any other third parties who might have some form of residual liability for the state of the building, before ZIP’s own liability kicks in. Although Mr Baatz in his oral submissions concentrated on the putative claim against the landlords, as we have seen at the trial he invoked the alleged claim against the contractors, CJS, and at the appeal hearing he referred to the potential claim in tort against the architect. That is because, on his analysis, the existence of any potential third-party claim, no matter how tenuous, is enough to trigger bullet point 11. In my view, that is not what an insurance policy is intended to provide. It is most certainly not what this policy promised. It is no exaggeration to say that, if Mr Baatz’s construction were right, this insurance policy would be worthless”

However, in law context is everything. It does not follow that a clause in a travel policy requiring the consumer to seek a refund form a tour operator first would be regarded with equal disdain.

The Consumer Rights Act 2015 applies a test of unfairness to conditions precedent (but arguably not to exclusion clauses). Under the Act, a term is unfair if, contrary to the requirement of good faith, it causes a significant imbalance in the parties’ rights and obligations to the detriment of the consumer. For example, in Bankers Insurance v South (2004) Lloyds Rep IR 1 a travel policy contained various conditions precedent such as requirements to forward to insurers immediately upon receipt every writ, summons, legal process or other communication in connection with the claim.

The insured failed to adhere to various of these conditions. Buckley J held that insofar as the conditions prevented recovery irrespective of the seriousness of the breach or the lack of prejudice they were unfair within the meaning of the Unfair Terms in Consumer Contract Regulations 1994.

However, more recently in Parker v National Farmers Union (2012) EWHC 2156 Teare J distinguished Bankers South on the basis that, in the modern era, the Insurance Conduct of Business Sourcebook (ICOBS) provides that insurers must not unreasonably reject a claim.

In circumstances where it is arguable that they have, the insured can make a complaint to the Financial Ombudsman Service which can require the insurer to accept the insured’s claim based on the opinion of the ombudsman as to what is fair and reasonable. Accordingly, irrespective of the black letter of the policy, it is ultimately the ‘reasonableness’ of the insurer’s actions which becomes the touchstone of the insurer’s liability to pay under a consumer insurance policy.

This ultimately brings us back to the observations at the outset of this article, namely that in the context of travel insurance, there are good practical reasons for a consumer to seek a remedy, in the first instance, from the service provider, which will often (although not always) be subject to statutory obligations to reimburse monies within a short period of time and may well have the benefit of its own insurance and bonding through the ATOL scheme.

When Travel insurance is viewed in this context, namely as an adjunct to a comprehensive pre-existing regulatory regime, there will be strong arguments that cancellation or curtailment cover limited to ‘irrecoverable loss’ is ‘reasonable’, particularly if all that is required of the consumer/insured is to make a request to (rather than pursue a claim against) the supplier. Plainly, if insurers were required in every case to accept a claim where there was already a clear accrued right to reimbursement against the service provider, and instead fall back on a subrogated claim to enforce the insured’s remedy, it is likely that the considerable additional cost would be reflected in a sizeable increase in premiums, to the detriment of the very same persons who the regulations and the ombudsman service are intended to protect. 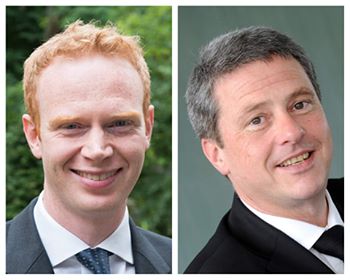