The law to determine the arrangements for children after their parents separate is set out in the Children Act 1989.

The Children Act did away with concepts of “custody” and “access” and changed them to “residence” and “contact”.  The terms have now been further changed and rather than labelling one parent with “residence” and one with having “contact” there is now simply an overriding concept of “child arrangements” providing for who the child ‘lives with’ and who they should ‘spend time with.’  However, the concept is still the same.  If the arrangements for children cannot be agreed a Child Arrangements Order can be applied for to determine the arrangements.

The following four principles are given the highest priority:

The matters which need to be taken into account when determining the arrangements for any children are set out at Section 1 (3) of the Children Act 1989 and are known collectively as the “Welfare Checklist”.  They are as follows:

Our solicitors are experienced in making urgent applications to the court concerning any arrangements for the children and we are happy to discuss any concerns you may have regarding any of the above information with you at one of our fixed fee appointments. 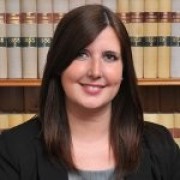